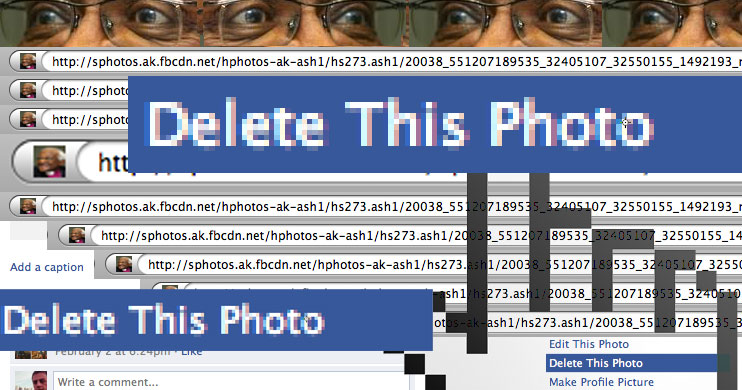 Delete a photo on Facebook and it will persist on the social network’s content delivery network and be accessible via a direct link for as long as two and a half years, reports Ars Technica. The issue was first raised by researchers at Cambridge University in 2009.

“It’s possible that someone who previously had access to a photo and saved the direct URL from our content delivery network partner could still access the photo. … However, again, the person would have to know the URL, and the photo only exists in the CDN’s cache for a limited amount of time. We’re working with the CDN to reduce the amount of time that the photo remains in its cache.” – Facebook spokesperson Simon Axten

Now if you hit delete this photo on Facebook you may very well start thinking about whether it is really deleted. Specifically, is it off the content delivery network. And herein is the new thing that enters into our awareness. The content delivery network or CDN is a a distributed computing environment that facilitates optimized delivery of content by hosting and serving copies from geographically dispersed computer systems.

The CDN makes Facebook fast. But the speed of Facebook isn’t what drew our attention to it. We use it without knowing about it. Always ready-at-hand. Awareness of the CDN came into focus only when users experienced a loss of agency. A loss of the ability to delete. The delete button is broken. So the object comes into view, but users and even Facebook are having trouble talking about it. The photo is in the cache, but can that not be cleared? The photo is on backup systems, but how is it then accessible? The photo is removed, but is that the same as deletion?

With the content delivery network present-at-hand, uncertainty is showing itself in the everyday understanding of deletion. Material concern tending to forensic materiality of deletion?

This entry was posted in media forensics culture. Bookmark the permalink.
Go to mobile version