Is the EU “right to be forgotten” a “right to delete”? 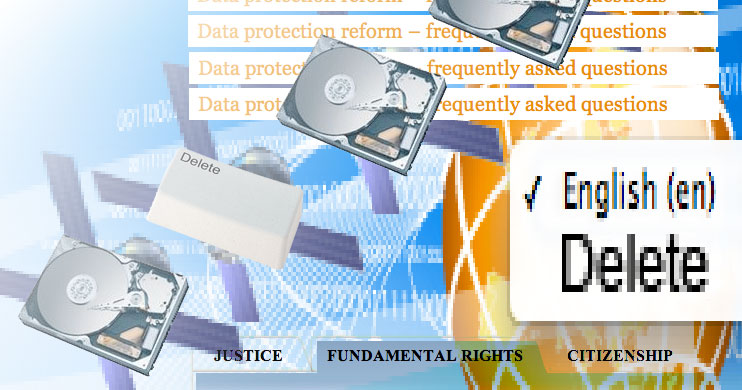 ”Internet users must have effective control of what they put online and be able to correct, withdraw or delete it at will. What happens if you want to permanently delete your profile on a social networking site? Can this be done easily? The right to be forgotten is essential in today’s digital world.” – Viviane Reding, Europe’s rights commissioner (via Sydney Morning Herald)

The emphasis in the question of “what happens” is on how efficiently a user can execute their will to be removed from social networks. But what about the material record, the bits on the hard drive, the trace. What happens physically when you delete your profile online or on a social networking site?

Does the EU Data protection reform address this? Documentation of the proposal discusses the reach of the policy change which includes “police and judicial cooperation in criminal matters.” However, nowhere does the proposal discuss how the material trace of the deleted content is to be handled. To what degree must the storage devices be sanitized? The problem is revealed in the language used to discuss the proposal. Phrases such as  “permanently delete”, “data fully removed”, and even “the right to be forgotten” must surely imply a modicum of physical certainty.

[T]here should be a “right to be forgotten,” which means that individuals should have the right to have their data fully removed when it is no longer needed for the purposes for which it was collected. People who want to delete profiles on social networking sites should be able to rely on the service provider to remove personal data, such as photos, completely.” – EU Data protection reform FAQ

The proposal appears to fundamentally ground itself in a presupposition that memory resides in reconstruction, therefore removal amounts to unlinking content from connections. Where this thinking will become problematic is in how it will figure the relationship of the persisting trace of deleted content to criminal investigations and proceedings. If citizens enact their government endowed right to be forgotten, to have content deleted, their social media account closed – will the trace remains of the deleted content be admissible evidence in court?

This entry was posted in deletion governance. Bookmark the permalink.
Go to mobile version