the object of deletion

The way of expressing deletion typically references a media device or a content platform from which the erasure is performed. The idea of a digital object comes into play mainly in a discussion about effective archiving practices and not deletion practices.

Erasing content from a hard drive is to manipulate an object that is altogether physical, logical, and conceptual. The physical object is the inscription on the hard drive – magnetic impressions performed planographically, heads floating on air over the spinning platters. The logical object is the manipulated unit of binary clusters ordered and processed through the computing infrastructure. It is the page source behind the “page source”. And the conceptual object is the projection on the screen or through the speakers that we recognize. It is the object we handle as if an object.

“Obviously, we have to preserve digital objects as physical inscriptions, but that is insufficient,” writes Thibodeau and so embarks on establishing the complexities that may manifest across the levels. For example, preserving a web page may mean tracking down all the related files (stylesheet, images, javascript libraries) and viewing software and its settings (firefox 3 with adobe flash 10) that establish and define the page.

But when we think of deletion, Thibodeau’s statement of the obvious is anything but. We might rather say, “Obviously, we have to remove that picture from the web page.” Removal of the picture is related to the conceptual object of the page at a specific URL hosted from a specific IP address. But the digital object, removed from conceptual awareness, may remain largely unchanged as a logical and physical object. And this does not mean that it is no longer a conceptual object either – it may be still something within a different operating environment. The deleted file could still conceivably be something in the desktop trash can, something in the data recovery software. The deleted Facebook picture remains a picture, only without the frame.

The picture at the top of this post is an illustration of deletion at the site of the three different classes of the digital object. The representation is deceiving, but meaningful. The conceptual object here is a music file. It will bypass the “recycle bin” when the shift key is held and the file dragged. However, within the hex or disk viewer the digital object will still be accessible, verifying that as a logical object the digital object is still intact. Only if the file is securely wiped will the disk editor represent the logical object deleted. But then methods of logically deleting a file vary as Peter Gutmann’s discussion on secure methods of erasing hard drives demonstrate. Also, there is the presence of a blank space to consider within the logical composition of the hard disk. A palimpsest indicating something was here – an absence that in the ordering of the rest of the disk drive may be rather telling. Then there is the representation of the hard drive performing a file deletion. It too is problematic. Behind the arbitrary seeming motions over the flat surface are targeted inscriptions. Under a Magnetic Force Microscope it is evident that these inscriptions are not necessarily perfectly inscribed, so deletions or overwrites can be detected. Somewhat like the frayed edges of a billboard, the physical inscription on a hard drive can be imperfectly overlaid – preserving some trace of the deleted digital object at the physical level. 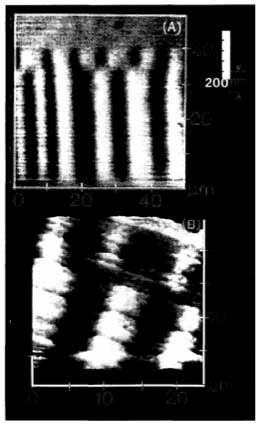 “There is an inherent paradox in digital preservation. On the one hand, it aims to deliver the past to the future in an unaltered, authentic state. On the other hand, doing so inevitably requires some alteration,” concludes Thibodeau. For the eraser, the aim is to deliver the future from the past. There may not be the paradox, but there is a paradigm. Deletion as an act of forgetting to make way for new memories, more space on the drive, depends on a certain perception that the deleted object will rest in the flush of entropy – traces in their minutia and multitude decaying and fading. But as drive space increases, as revision control normalizes in document management, and as backups and cloud computing standardize, conservation of digital objects may become an affordance of digital storage.

This entry was posted in question of materiality. Bookmark the permalink.
Go to mobile version